The stylish studios in white and purple tones are equipped with all kinds of functions, and are not only a place where hairstylists can transmit their skills and sensibilities, but the space itself symbolizes the corporate identity (CI).

1. Realizing multifunctionality 2. Expressing CI through art 3. Contributing to stylists and people in the community The object installed on the ceiling has the logo as its motif A symbolic space that was designed with the three elements, the object, logo, and art, being connected Handwritten art by creative director Kashiwa Sato is displayed behind the counter. Equipped with lighting and sound functions for photoshoots and event production. A space that supports the creation of new business for beauty salons. Art that gives off an overwhelming sense of presence in the front . Representation of the Kanji character for "beauty," which is the source of the b-ex logo. The lighting function makes the whole studio shine in a well-balanced manner, and the design is calculated so that the light can be felt from any angle. 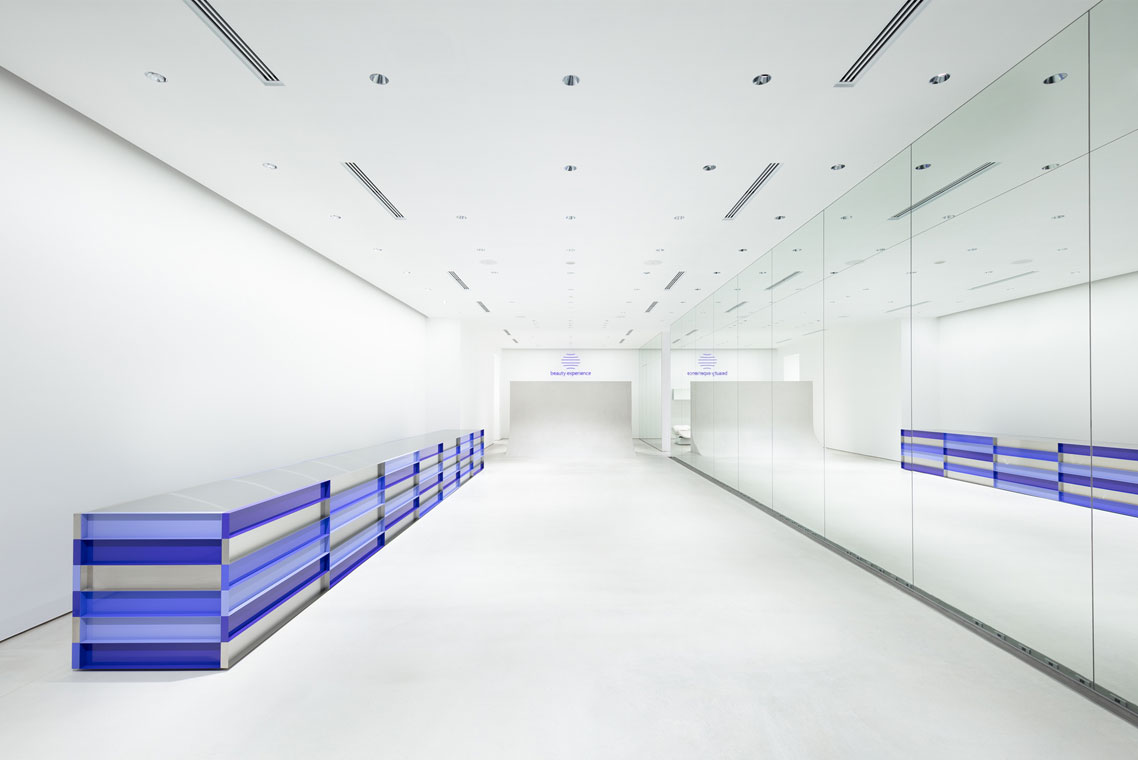 The partition between the shampoo space in the back is made into a horizont to increase convenience as a photo studio and to create a sense of expansive space when viewed from the entrance. The "b-ex" logo was incorporated into the storage space and sink as art to make the most of the long, narrow space. The indirect lighting that softly envelops the entire space is an original design for this studio. This lighting fixture, which uses the CI color of purple as its base color, can create scenes with a variety of colors, such as colors based on the four seasons and Christmas effects, allowing for a flexible response to the various situations demanded for the studio. Large piece of campus art inspired by the "b-ex" logo, designed in the motif of the Kanji character for "beauty," placed facing both inside and outside the studio.